Bourbons, a starting point for exploration

I For my work I travel sometimes to other nations in Europe and on my last such travel I ended up in Berlin. I was there for two day conference and on the first day we ended up in a bar called Hackendahl 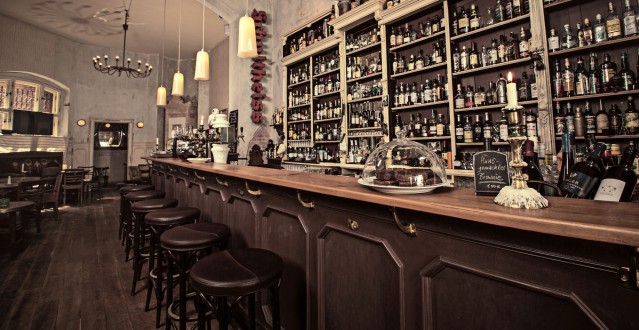 I had a look at the liquor menu and I thought I try something new. So I selected a bourbon I had never heard about in my life. It's Noah's Mill 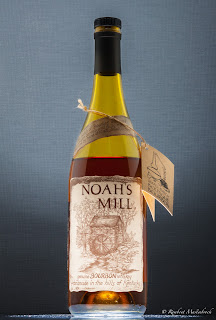 It is a 57,2% ABV, 750 ml, Kentucky straight bourbon whiskey (will check the details later)

The experience was excellent and, to be honest, maybe even better then an average Scotch Single Malt. So after that I Took a look what Ralfy had to say about Bourbons and he adviced that you select one bourbon and make it the reference to which you start exploring. Ralfy selected as his reference the Elijah Craig 12yo.

Both the Elijah Craig and Noah's Mill are available here in Holland so no problems for availability.

To make some sort of a short list for starting bourbon (or USA based Whiskey) exploration I asked my followers on Twitter for advice. This resulted in a list of about 10 spirits:


I have no Idea for now why these would be advisable but I will enjoy finding out why. I will lookup all these up and describe them in this blog. So let's start exploring!

I had received this advice from Klaus Doblmann. He has his own blog DramsOfKlaus which can be found by following this link. So when I googled this stuff I found out two things. Cadenhead is a bottler and Heavel Hill is a bourbon distilley that has multiple whisky brands to its name. Such as Elijah Craig and Evan Williams. So apperently Cadenhead's as a bottling company does something with whiskey's from the Heaven Hill brands. Lets check that out. As it turns out I have been having a very hard time in finding any bottles being sold in Holland. Thanks to The Whisky Jug Blog  some more information is given about one of these bottleings.

One has to get lucky to be able to find any available online on any store. I can not find any of this stuff in Holland. So, I did learn something. I learned that Heaven Hill has a whisky under its own name, but also puts out lots of other brands. The cadenhead bottlings are from all kinds of whisky's from all over the world. The website of cadenheads seemed to be out, but it could be I'm looking at the wrong site! This is what is available in Holland from Cadenheads: https://www.bestofwhisky.com/nl/independents/cadenhead.html

The Noah's Mill Straight Bourbon Whiskey is one of the expressions of the Willett Distillery. On the page of the Distillery information can be found about the story behind the bourbon.

What it comes down to is that it has won awards and some guy called Jim Murray gave it a 93 our of a 100 back in 2012. I personally loved it when I had this in Berlin. I was really impressed about this Spirit. The fact that I liked it was the main reason for checking out the prices and getting myself a bottle.

As Ralfy suggest, choose a reference and start your journey based on that point of reference. I am deciding that this will be my referencepoint when exploring Bourbon's and other American Whiskey's. I will also compare this whiskey, I mean Bourbon, to expessions like Bruichladdich Classic Ladie, or a Bruicladdich LaddieMP3 single barel expression.

To find out what this would cost I looked up some pricing information in Holland (Netherlands) and as it turns out one can get a bottle here for as low as €49,95. On Masters of Malt it's priced at €70,32 and is sold out. So I just ordered one and added a bottle of Elijah Craig 12 yo at a price off €28,95 just for good measure.

The nose was good! Nothing wrong there, but the color was less red, less sparkling then I remember.

After some investigation I found out there are multiple versions of the Noah's mill and I got the one without the wax top and without the 15yo age statement.

I do not know which one I had in Berlin. So no way to tell if the ambiance was also a factor in my tasting experience, but it probably did.
http://modernthirst.com/2014/04/14/bourbon-review-noahs-mill/

I'm concluding I like Noah's Mill better then Elijah Craig! 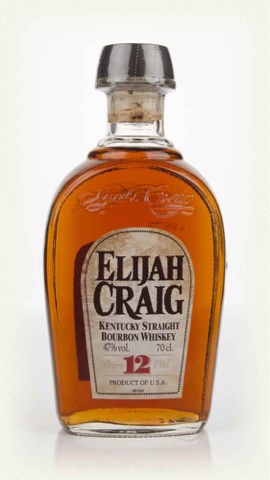 This bourbon was the reference for Ralfy to start comparing American bourbons, whiskey and Rhy spirits.

I opened up a bottle last night and put some in a glencairn. Let it settle for a bit. 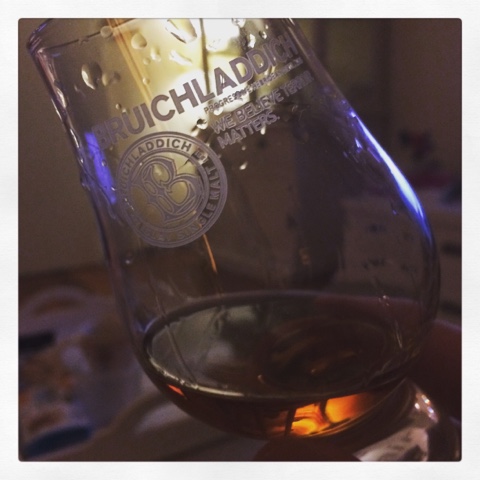 After I let it strole I notice the legs were not particularly slow, they were actually very fast. Something I'm not used to since I own a couple of really nice Bruichladdich laddiemp3 bottles.

James Lundy on Instagram asked me to post my tasting comments. Here is what I replied after nosing and tasting.

So, not convinced yet about bourbon.

What I learned is that, depending on something called a mashbill bourbon can taste very differently depending on the other 49%. I will need to look into that, since I want to prevent jumping to any conclusions based on the three bourbons tasted till now.

Ok, ok! I tasted Jack Daniels black label too, but I'm not considering that as a serious spirit at all. Snob? Yes! Sorry! 😜 To far gone up the quality ladder in spirits to seriously consider that stuff other than for mixing with cola.